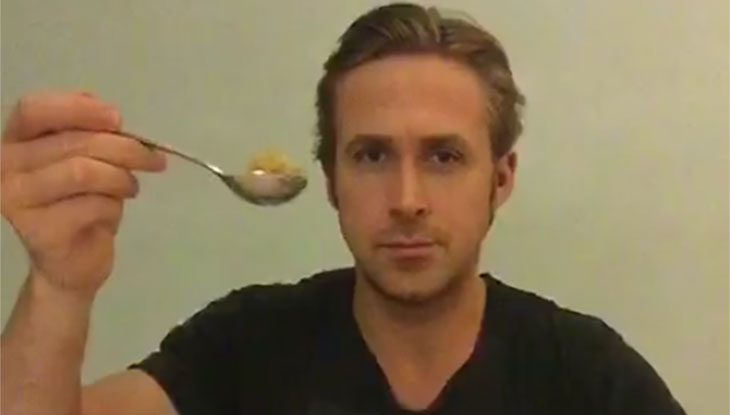 If you haven’t heard about the Ryan Gosling Won’t Eat His Cereal series created by Ryan McHenry, you may have been living under a rock. Back in 2013, Ryan created this series and it became an instant hit on Vine and spread through social media like wildfire. All Ryan did was show many of Ryan Gosling’s dramatic movies and showed a spoonful of cereal with Gosling “rejecting it.”

It was one of those times when you laugh but wonder why you did.

Here’s a compilation of many of these Vines combined into a single YouTube video done by Ryan McHenry himself.

Of course, a single word response from Gosling was absolutely hilarious:

Over this past weekend, it has been reported that Ryan McHenry passed away after losing a two-year battle with bone cancer as was first reported by McHenry in a tweet.

I got told yesterday that I have cancer. I would just like to let you all know I'm staying positive and I'm going to fight it. Fuck Cancer.

News of his passing spread quickly with Vine’s official Twitter account tweeting this special tribute to McHenry showing him looking out of a window while riding a train. It was a nice touch.

Which finally triggered this awesome response from Ryan Gosling himself.

An awesome tweet to accompany his tribute above. Amazing.

My heart goes out to all of Ryan McHenry's family and friends. Feel very lucky to have been apart of his life in some small way.