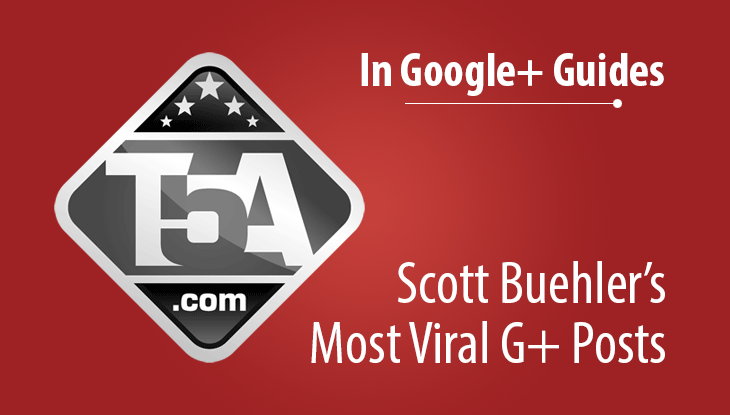 Scott Buehler’s Most Viral and Popular Posts on Google+

On May 21st, 2015, Google+ removed the Google Ripples feature from their network. This guide includes screenshots of this Google Ripples which will be left for archival historic purposes.

It was absolutely incredible when I focused the majority of my time on Google+ in 2013. I had posts that went viral beyond any expectations and they were the cause of all the swarm around my account with hundreds of people asking me what I was doing to cause it all to happen. All of this opened my eyes widely to the power of Google+ and social media in general. I was hooked.

After evaluating human behavior in social media, I came up with a plan of attack for Google+ that I worked on for a few months to test what would happen. I spent between 1-3 hours a day working the plan and at the climax, I was bringing in between 500-1,000 circles a day and all of my posts were getting shared by hundreds immediately after posting new “fun” content.

My entire strategy was a methodical process of promoting my posts on major social networks, using circle shares, using tools like Circloscope and CircleCount, and a ton of other smaller things like sharing my posts in popular communities, to my viral-content pages, and more.

It was an absolute blast. I was like a kid in a candy store. Every time a post would go viral, I’d run upstairs from my home office and tell my wife:

WOOHOO, another post of mine just got 500 shares! Google+ is fricken awesome!

Of course, I had no real plans to do anything with my methods at the beginning, it was just a way for me to dabble in the study of human behavior. There was a point when I had a new post in Google+’s “What’s Hot” section every. single. day. That’s when it happened, a constant flood of people emailing me from the contact form here at ScottBuehler.com and hundreds of hangout messages asking me what the heck I was doing. Afterall, they were sharing the same content I was but I was getting hundreds of shares and they couldn’t get more than 10. What was my secret? What the heck are you doing Scott?

Scott, you just posted about your kids in Halloween costumes, on Halloween day, when everyone else is doing the same thing, and got more shares and plusses than a much more entertaining Gif I just shared! You are doing the impossible here. Teach me! Reference

Everyone was asking similar questions on a daily basis. It was around this time I met Billy Funk and decided to put a course together called Plus Mastermind to help those that wanted to learn my methods. Working on the course is how I closed out the fourth quarter of 2013.

That’s a brief summary of how my 2013 went. During the entire process, I had a ton of unexpected things happen including establishing business relationships, new friends, and an overwhelming number of people interested in my projects. Why? Well, between all my “happy” posts on Google+, I spent hours coaching businesses, helping friends, and answering questions on a daily basis. With that said, let’s move on to why you are here.

My Most Viral Posts on Google Plus

These posts are ranked by Total Engagement which includes +1’s and reshares. The big circles thing you see above each viral post is what is called “Ripples” which shows you public shares and shares within those shares from everyone. The bigger bubbles reflect  G+ influential people who caused addition reshares from their audience. I knew I’d be making a post like this in the future, so I frequently reshared my own posts to show larger ripples within the ripples, you know, to make things visually interesting for everyone.

So here they are, Scott’s top 10 most popular posts on Google Plus. 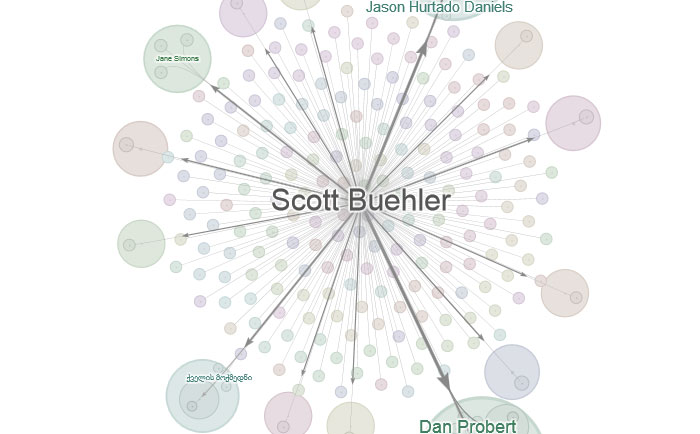 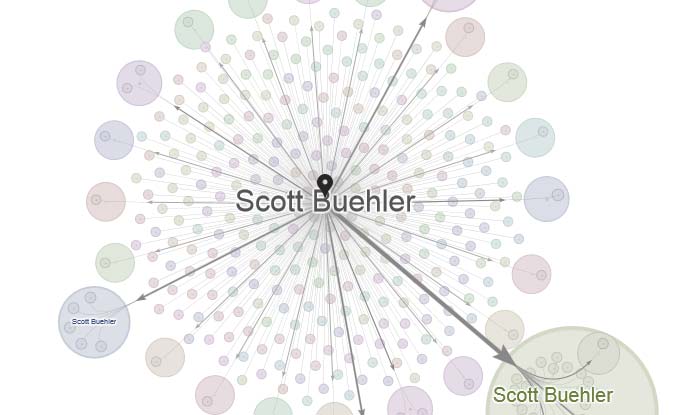 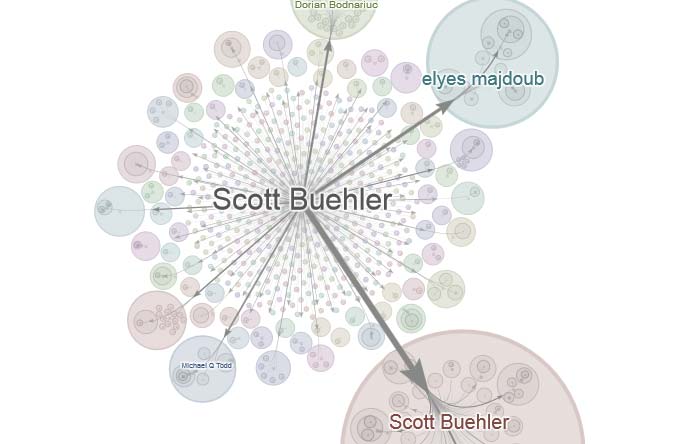 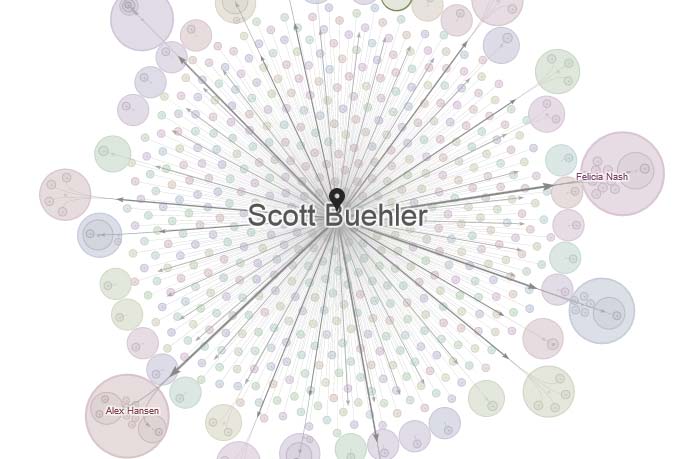 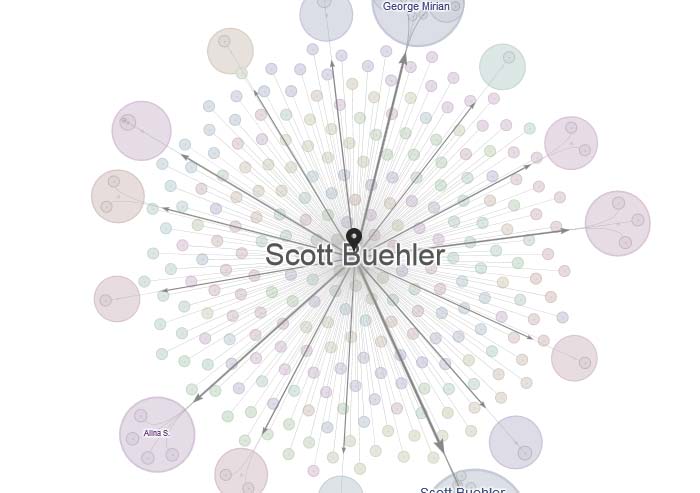 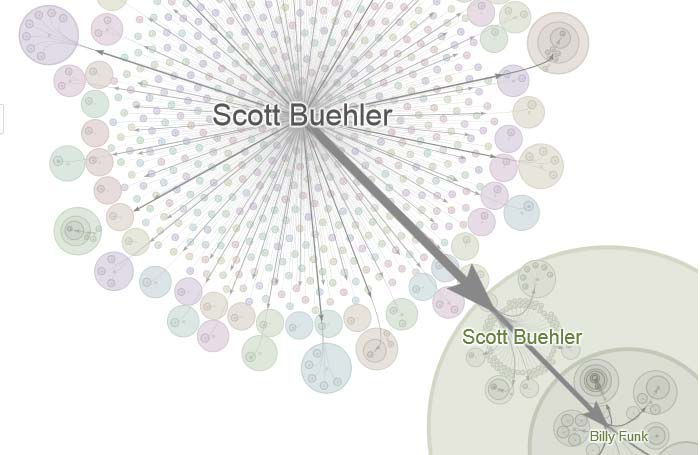 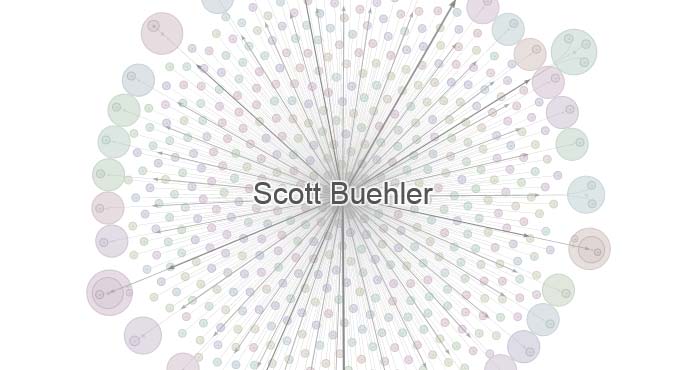 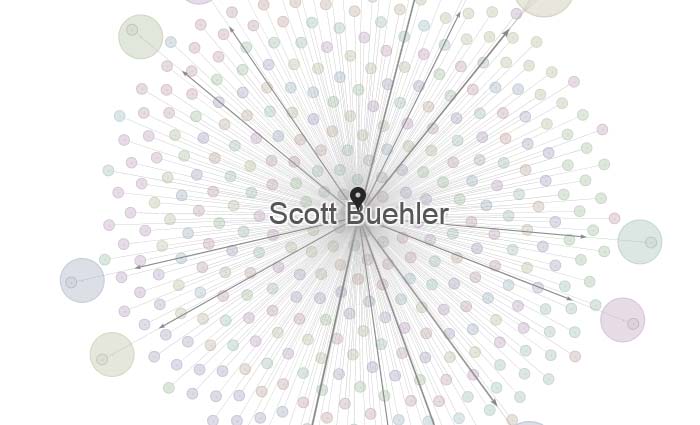 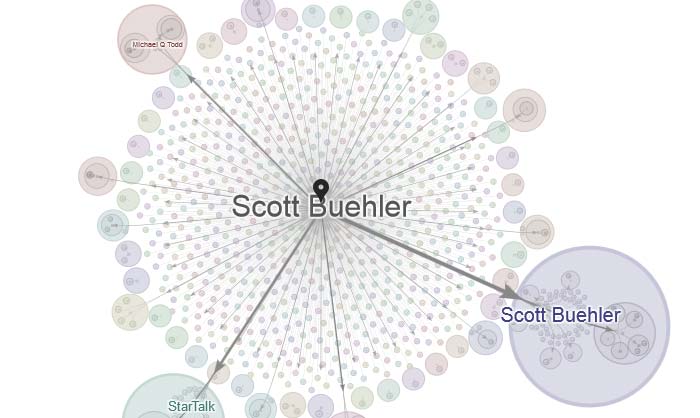 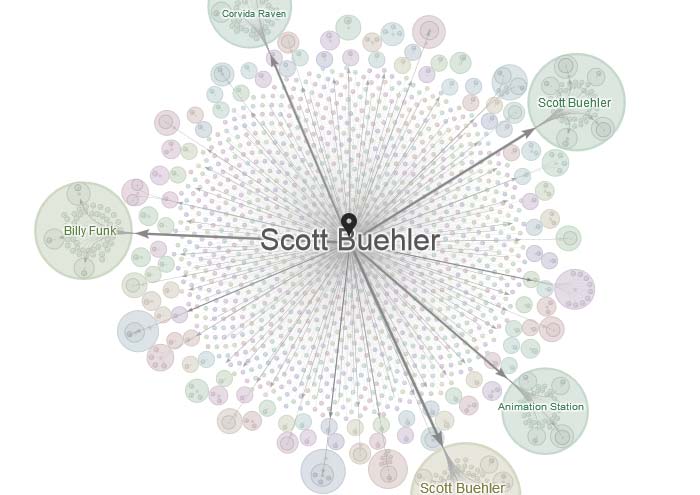 Some Google Plus Statistics

There’s so many other posts I could share, such as my “most plussed” or “most shared” which has a mixture of the posts above and other posts as well. Here’s some more interesting facts about my Scott Buehler Google+ account.

Other Google Plus Statistics

Wow, 2013 certainly was fun! Of course, in 2014, I transitioned to helping others achieve my results through my Plus Mastermind course so my own engagement and statistics have fallen as I focus on my career (most of which is this site and my course). I’ve found it to be much more rewarding to guide others through the web of Google+ and the positive reviews keep me motivated and pushing forward. 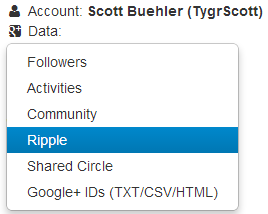 If you’ve read this far, I want to reward you with a powerful tip that will help you get started building your engagement. Download the free Chrome Plugin Circloscope, go here to pay $47 to buy the premium version, and start searching Google Plus for content related to your niche. If you find posts with high engagement (shares, plusses, and comments), load the post into Circloscope Data > Ripple and then add these people to your circles in mass. If you continue to do this daily, you’ll find people circling you back because you are effectively circling people who engage on the content you provide.

If you are on Google Plus for fun and entertainment value, you will want to share a few fun and entertaining posts every day and follow other people who engage this type of content on Google+ from the Google+ What’s Hot page (which is now buried, but found under the “Explore” link in the top navigation bar of G+). Just import the ripples from a post in Circloscope, add some filters, and add to circles. If you make this a daily habit, you’ll easily replicate my results from last year. Believe me, you’ll return to this post in a month or two and thank me. 😉

For business users, it shouldn’t take you long to figure out how to use this tool to find laser-targeted G+ users to market your products or services towards.

A special thanks to CircleCount. Without your free service, this post would have taken me 50x longer to put together.

Tweeted and Pinned Scott! Great post, you were dominating the platform for a long time! Thank you for helping to make Google Plus hospitable.

Awesome Randy! Thanks a ton!

Wow Scott I’m very impressed! Very interested in GooglePlus and have been playing around to find out how to get the most out of it. Only discovered you can make pages the others day.

Will certainly be playing around with what I’ve just read! Thanks

Awesome Sue! Welcome to the wonderful world of G+! I do have a training course available too if you want to check that out.

You rule Google Plus, Bro !

Got to follow your footsteps, cause that only can make me reach where you are.
Thanks for sharing !

Rahul, thanks so much. Be sure to check out my G+ course as well.